Fiat Jolly with wicker seats showcased in Seinfeld's Season 3 premiere of Comedians in Cars Getting Coffee. 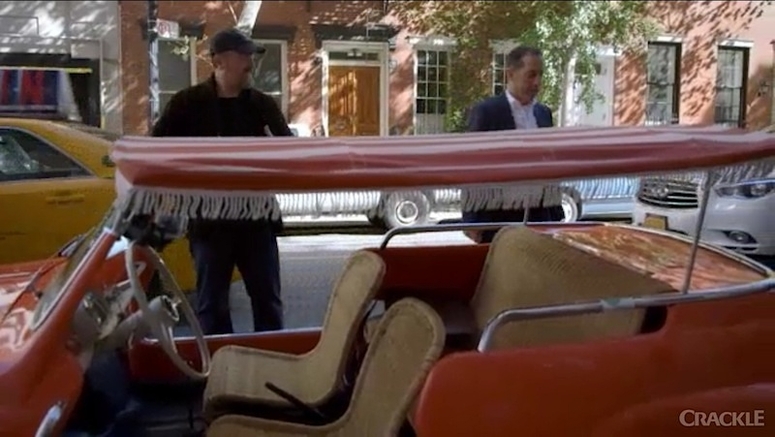 Wicker Paradise came across this by landing on Jerry Seinfeld AmA "ask me anything" on Reddit. He was promoting the new season of his show and answering fans questions live. We had to see what this comedic legend was up to!

Jerry Seinfeld's latest show comedians in cars getting coffee showcases a guest, a unique car and good conversation. Fans of Seinfeld know that he is very passionate about his comedy and his huge car collection. This concept is very refreshing and the closest to a Seinfeld "reality" show we will see. 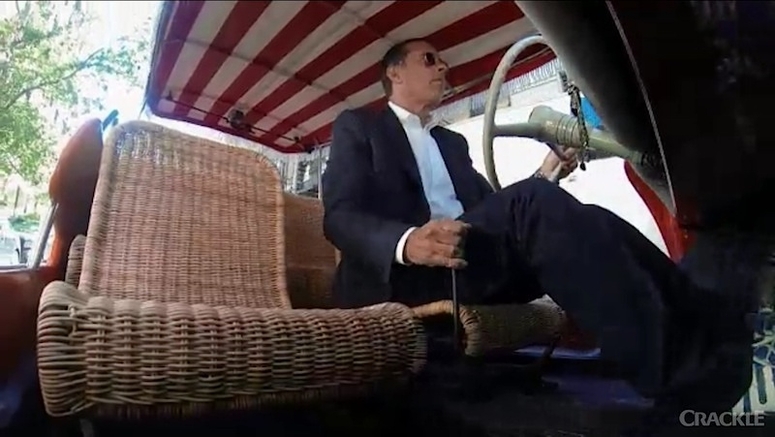 Jerry Seinfeld starts off season three strong with a guest appearance by Louis C.K. and Seinfeld picks him up with his wicker car.

Now let's talk a little about the 1959 Fiat Jolly. Thanks to a little research on Wikipedia and with Jerry Seinfeld's dialogue in the episode you know that this car is an extremely rare collectors item. Sure, this is not a powerhouse car with a lot of speed, but this car has flair, woven wicker seats, striped canopy, Italian design. It reminds us of a trolley with tires. Primarily used by the wealthy as transportation on large yachts, I'm sure Seinfeld picked this car to compliment Louis C.K.'s boat used on this episode. 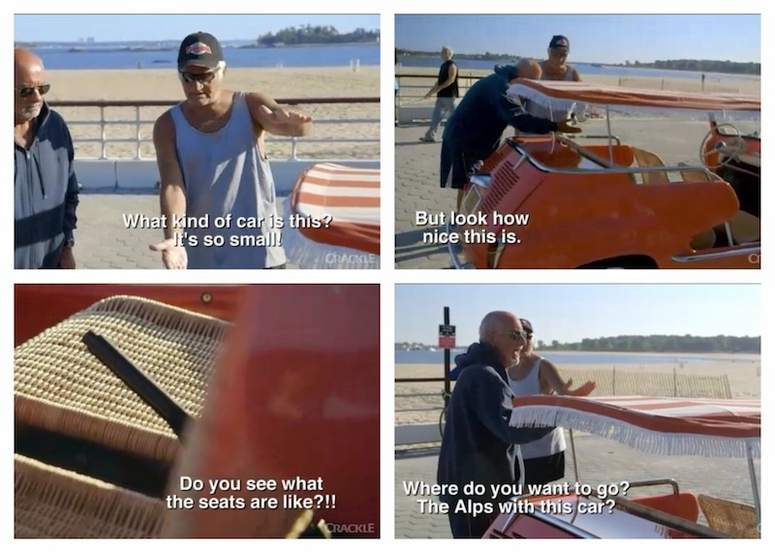 Our favorite scene was the two older Italian men discussing the car as it's parked along the beach. One man cannot believe that this is a vehicle while the other man is talking about how it's not supposed to be stylish and it's an exotic looking car. Very funny indeed and the expressions on their faces are great entertainment. 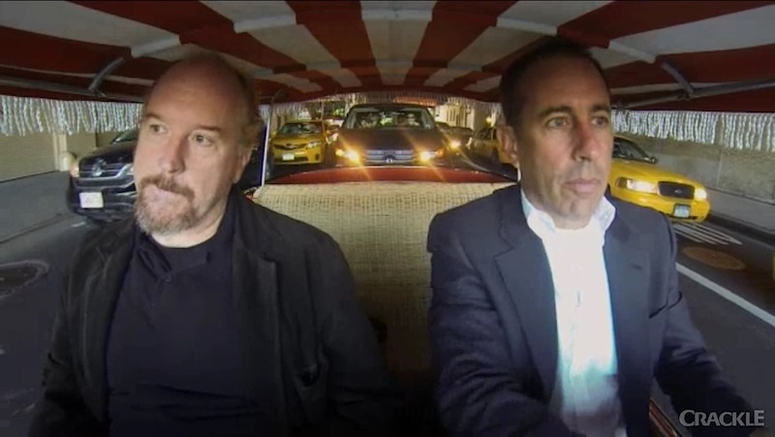 Our favorite quote (besides his great boat story) was when Louis C.K. looks at the car, then asked Jerry how does the wicker do in the snow. Perfect execution of quick witted observational comedy which Seinfeld is a master of and we had many laughs over this joke. 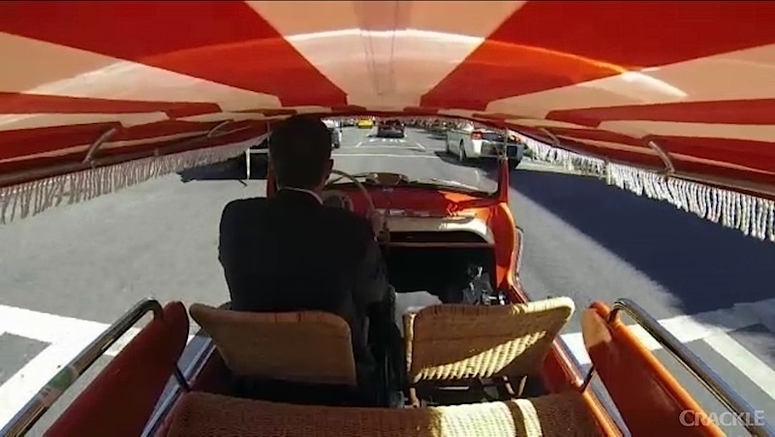 You can watch the episodes on Crackle with your computer, iPhone, iPad, or Android devices. Jerry's spectacular guests add their insights on life and comical anecdotes. Don Rickles, Michael Richards, Chris Rock and Alec Baldwin are some of the celebrities that join Seinfeld for a cup of coffee. The conversations are very interesting and just like to hit show Seinfeld, pretty much about everything and nothing at the same time.

Wicker is quite popular in entertainment and we are always on our radar to spot wicker furniture and comment. Sharing all of our great findings, one post at a time!

Share this article and let us know what you would like to see next in our wicker blog archive!